Later, while in college, about a year after I got back into playing music, I started picking up old instruments in the second-hand stores and pawn shops in the Denver area. I would bring these old beauties back up to Boulder, make them more playable if necessary, and with a few lessons, turn my engineering classmates on to playing guitar and banjo. This turned out to be a very fulfilling experience for me.

It was this experience, of making your own music, that I really fell in love with. It was so different than the 40’s and 50’s, with the big band thing. Instead of being a spectator, you could make your own music by yourself, or with a friend or two. It was a wonderful discovery for me.

As time went on, my sources for finding good, used instruments started drying up. Colorado just didn’t have the wealth of vintage banjos that the Eastern states did. About that time, I had this idea to make a banjo with an aluminum pot as a way to make a good-sounding, inexpensive instrument.

I didn’t know all that much about instrument building, and at the time, there was hardly any information available on the subject. I did have, however, a friend, Justin Pierce, who was a musician and a machinist at the R&D physics department at CU. With a little encouragement he made for me the first prototype aluminum pot and I added a Kay banjo neck. That was around 1959. Amazingly enough, it sounded surprisingly good. After playing the prototype for a while, I decided to try making a hundred of these instruments.

BNL: Were you still using the machine shop in the Physics building? 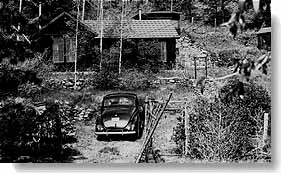 CO: No (laughs). By then, I hooked up with Tony Jacobs, an old Swede who lived in the North end of Denver, a seventy-year-old wood worker. In those days, there just wasn’t anything available for a beginner luthier and I needed someone with experience to show me the ropes. Tony had a lifetime of experience with wood. His classic old wood shop, that you’d go in, you could barely move around.

He had wood stacked everywhere, in the shed, in the back of his house. And of course he had a giant woodburning stove right in the middle of all this sawdust and wood chips. Totally amazing that the place never burned down. He gave me my first lessons in woodworking there, to the degree of how to produce a hundred instruments.

CO: I think I built 25 cases to go with that first hundred. They were coffin-shaped to fit the long-necked banjos. They were solid wood cases and probably cost me fifty bucks each to make, but I sold them for twenty-five.

BNL: Is that what you were focusing on, the long-neck banjos?

CO: Yes. The first hundred I made were long necks. That’s where the market was then.

BNL: I loved those long-neck ODEs! A friend of mine played one that he had gotten from an old folkie named Erik Hord who played banjo. Erik ended up being “Doctor” Erik Hord on a lot of Mamas and Papas albums. I thought that banjo was a- 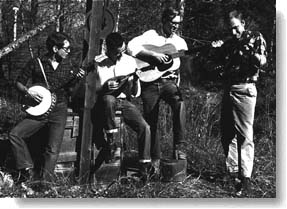 CO: Well, in those days it probably was! I made the first hundred in 1960. They all had long necks, an aluminum pot, and a flathead configuration. They had maple necks with a walnut center stripe, and had two peghead shapes. One was a guitar-ish rectangular shape. The other was a turn-of-the-century, symmetrical, figure-eight type peghead. Each banjo was $72 dollars, but I had some with a little nicer wood for $79 dollars.

CO: And the case was $25 bucks. One funny story about those cases inolved a customer who was a good open-back banjo player and also did his share of drinking and then some. He had an old ’41 Ford coupe, and somehow he forgot to put the banjo, in that case, back in the car. He ended up baking his car up, and drove right over his banjo. Didn’t phase the case or the banjo.

BNL: For $25 dollars? That’s the kind of case everyone needs.

CO: About 1961, I hired one of my best friends, Dave Walden, to help with production. Dave was a musician, and he got into the whole ting. Together, we set up our first real shop in a 900 square foot building in North Boulder. We then started the second production run which included some standard scale length 5-string banjos, 3 frets shorter than the long neck styles. I also experimented with arch-top integral tone rings where the tone ring was cast into the wall of the aluminum rim. This cut back on unwanted overtones and gave a cleaner response. There were many experiments with the aluminum rim. The final version evolved into a closed chamber system, similar to the Gibson arch-top. It was again, a one-piece cast unit. 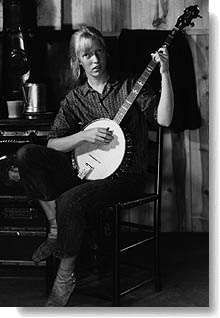 By 1962, the ODE line included a full offering of 4-, 5-, and 6-string banjos, in open-back and full resonator styles. Things were really going well. Orders flowed in, our cash flow was strong, and we were rapidly expanding.

BNL: Things were really booming then?

CO: Yes. Our shop was no longer adequate, so I bought an acre of land to the west of where we were, and had a local contractor put up a 2,400 square foot building on it. We moved into the new building in December of ’62 and soon filled the much larger space.